Showing posts from July, 2019
Show all

Xbox 360 Exclusive JRPGs on Xbox One

Given it wasn't a big player in Japan (or Asia in general), JRPGs that were only available on the Xbox 360 are quite a rare breed indeed. Even rarer, then, are those that are included in the list of backwards compatible titles for Xbox One.


ExclusivesThe only 3 titles that I know tick both boxes (360 exclusive AND backwards compatible on the Xbox One) are:

Multi-platform TitlesThen there are a few more which are backwards compatible but are available on other platforms: 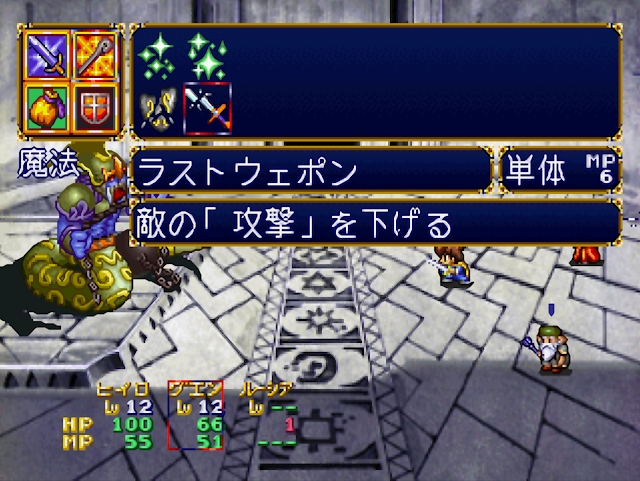 Part two of my Lunar Eternal Blue play-through for #JRPGJuly
After getting to the bottom of the Blue Spire and subsequently having Lucia weakened, it's time to make our escape. Unfortunately, the guardian statue at the entrance as come to life and isn't in an accomodating mood.

(Part one is here)

If Gwen has reached level 12, he will have access to Rust Weapon, which will negate the guardian's otherwise powerful physical attack (it buffs periodically but Rust Weapon cancels it out nicely). Gwen learns Rust Armor earlier, which also cancels out the guardian's armor buff.


After getting past one guardian, the ante is well a truly upped with 4 more appearing. This is what they call "fighting a losing battle" but Leo and his battleship come to the rescue.


Despite being too weak to move, Lucia is still adamant about continuing her mission. Gwen suggests that Ronfar/Rong-Fa in the town of Raapa/Larpa might be able to assist and so Hiiro is on his way again. 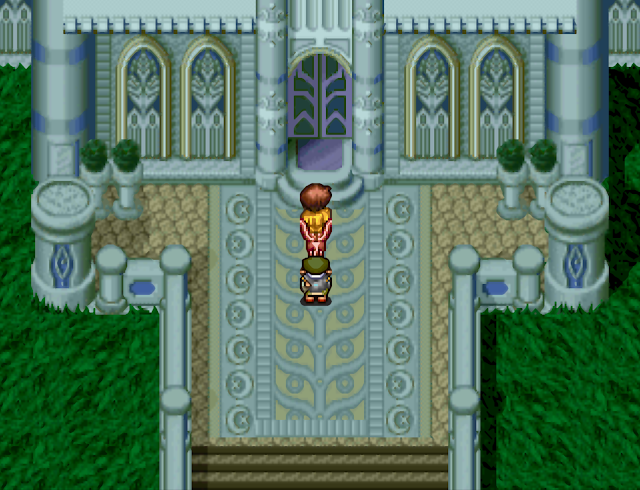 I decided to start off #JRPGJuly by continuing the replay of Lunar Eternal Blue that I'd recently started (I was only 45 or so minutes in, so I'm practically starting from scratch here).


Apart from the opening, this is the first significant dungeon of the game. There is a healing statue near the mid-point and HP and MP potions are also available (in chests and as drops), so it's a good introduction to combat without being overwhelming.


Hiiro is immediately taken with Lucia but she has no time for idle chit-chat - she wants to be taken to the Goddess Althena right away. Hiiro doesn't really know how to accomplish this but offers to help anyone. Anything for a pretty face, huh? Ruby is suitably un-impressed with her lovestruck partner.

Lucia is initially completely OP and demolishes her way through enemies without needing any help. This is a good spot to pick up some bonus EXP, as your party is pretty much unstoppable. An extra level or two is always handy. 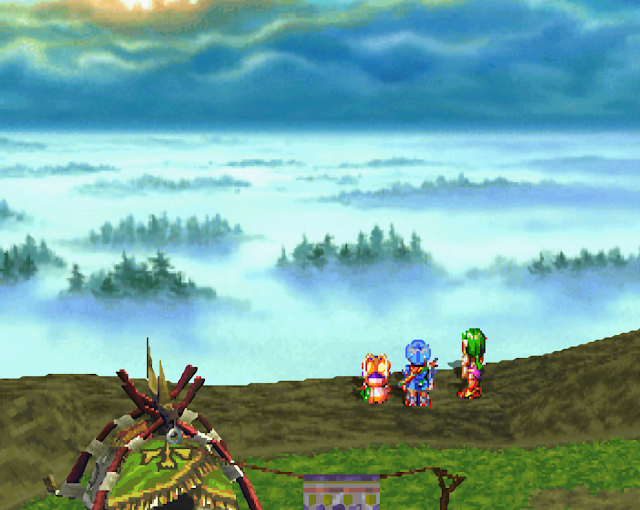 It's #JRPGJuly - the time of year to really focus on those JRPGs in your playlist or backlog and share some screenshots, anecdotes and (quite possibly) rants.

I've been nursing along several JRPG play-throughs recently but without any strict focus due to travel, other things on the go, and my crippling inability to focus ;)


I have my umpteenth play-through of Suikoden II [PSX] nearing the end - 30+ hours in and with all 108 characters recruited.I've also spent some time re-playing Grandia [PSX] with the (relatively) new and complete un-dub patch.Feeling nostalgic, I started a replay of Lunar: Eternal Blue [PSX] last weekLufia II [SNES]. I'm several hours in but stopped playing for a while due to how formulaic and "samey" things were feeling. Might be worth going back for another look.Phantasy Star [SMS]. Holds up incredibly well for a Master System game. Warrants some more hours of play.Phantasy Star IV [SMD] -…
Post a Comment
Read more
More posts