Showing posts from November, 2011
Show all 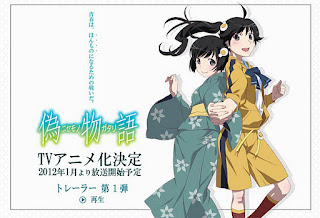 The trailer for the upcoming (January 2012) Anime adaptation of Nisemonogatari has been streamed at http://www.nisemonogatari-anime.com (along with promos for the other NisiOisiN works). Only a short glimpse, but it all looks pretty promising. As an an aside, it's always nice to see Karen and Tsukihi getting some focus ;) The trailer also has quick flashes of Hitagi, Mayoi, Nadeko and Suruga.

Awesome comeback by Sydney over GCU

November 06, 2011
Crazy night in the end - after Sydney went down 2-0 just after half-time, having missed a bunch of chances it felt a bit like it was all over. Cazarine's goal (from Boschart's pinpoint cross) really fired the team (and the crowd) up and suddenly there was some energy about the place and every attack looked dangerous.
When the second goal from Carle went in not long after the win really seemed on the cards but they had to do it they hard way via a tense, stoppage time penalty (taken by Kisel) leading to absolute pandemonium both on the pitch and in the stands. Haven't seen so much emotion in the Cove at the end of a game for a long time, epic stuff.
Post a Comment
Read more

November 04, 2011
I finally got around to importing my old Wordpress backup into a new blog for easier access to old posts: JCLArchive - http://jclarchive.wordpress.com/

It's missing a few posts and many/most of the images are dead but it's fine for the most part.
Post a Comment
Read more
More posts